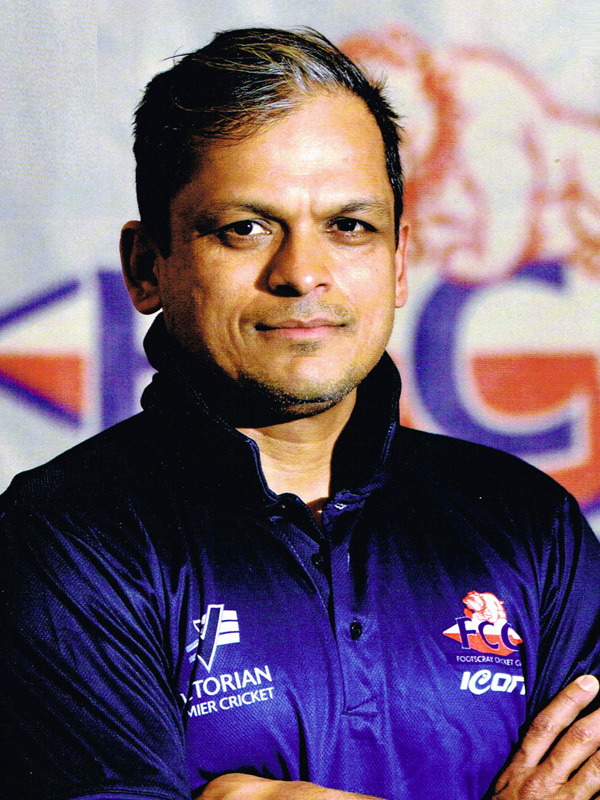 Harshad is the visionary and the head coach of My Cricket Coaching Academy.He is determined to help young budding cricketers achieve their utmost potential in a fun environment.

Having played with & coached youngsters in Melbourne for almost a decade now. He has recognised a big gap between club and premier cricket level cricketers. He aims to bridge this gap by providing a unique learning platform to our younger generation, that empowers the young crickets to understand the requirements and pathways of playing premier cricket.His coaching will assist them if they wish to play cricket at the highest level in our state & progress further beyond.

Harshad A Dixit  believe’s “A Cricket Player is only as good as the practice & coaching provided to them” Born & brought in Bombay(Now Mumbai)/ India, there is no secret that cricket runs in his blood & family! After years of playing cricket, his appetite for the sport keeps growing & therefore he still play as a captain of 4’s at Footscray Premier Cricket Club at the ripe young age of 42.

Along his journey as cricketer he’s had the pleasure to rub shoulders with many international cricketers on & off the field. Which has given him the much needed insight into what goes on at the highest level of the sport. Having completed his level 2 Cricket Australia coaching course in 2018, He has had the privilege to coach Monash University Cricket Club & West Melbourne Cricket Club during 2016-17 & 2017-18 respectively.

From Mumbai to Melbourne (Via Dubai) his journey has been as inspiring as it can get. After having won several tournaments in Dubai for the Fly Emirates Cricket Team, a flag at Sub-District, a flag in the winter league & many T/20 tournaments he is on his way to make history with the conception of MCCA.